How Cognitive Bias Affects Your Business 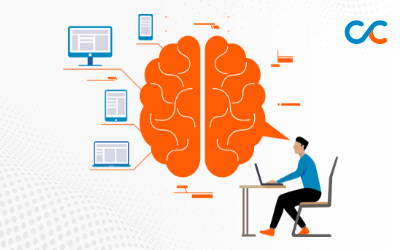 When it comes to financial decisions, business decisions, and human behavior, humans frequently act irrationally and unexpectedly. The goal of behavioral finance is to explain why people behave differently under pressure than what economic theory says they will. This frequently boils down to the particular prejudices people have a propensity towards.

People tend to depart from making reasonable decisions due to two main types of bias: cognitive and emotional. Information that is either insufficient or cannot be analyzed properly leads to cognitive mistakes.

Both processing errors and belief persistence faults fall under the category of cognitive errors. A person’s effort to prevent cognitive dissonance—the inner conflict brought on by information that conflicts with their current beliefs—is referred to as belief perseverance. This could, for instance, take the shape of reading or watching news that confirms your preconceptions.

When a person manages and organizes information improperly, processing errors happen. This can be attributed in part to the mental work needed to compute and interpret data.

Even if some of the judgments people make are not in their best interests, these biases have a significant impact on how they see the world and how they act within it. Here are a few prevalent categories of cognitive bias.

Conservatism bias is where people emphasize original, pre-existing information over new data. This can make decision-makers slow to react to new, critical information and place too much weight on base rates. When it comes to business decisions, new information should be looked at carefully to determine its value.

Base rate neglect is the opposite of conservatism bias, whereby people put too little emphasis on the original information. This can be detrimental as previous information has most often been vetted, tested, and proved. It also brings familiarity and understanding in a variety of processes that may allow for efficiency. This is not to say that new or improved methods should be ignored for traditional methods that work but may be outdated.

Hindsight bias occurs when people perceive actual outcomes as reasonable and expected, but only after the fact. As the saying goes, hindsight is 20/20. People, therefore, tend to overestimate the accuracy of their forecasts and can lead them to take on too much risk. Keeping a detailed record of all forecasts and their outcomes can bring this bias to the attention of decision-makers.

Anchoring and adjustment happen when somebody fixates on a target number, such as the result of a calculation or valuation. People will tend to remain focused and stay close to those original targets even if the outcomes begin to deviate meaningfully from those forecasts.

This also applies if someone views the value of one item in comparison to another item. Both values may be incorrect, but an individual may perceive the second item’s value differently due to the value of the first item than if they had only viewed the second item in isolation.

Mental accounting is when people earmark certain funds for certain goals and keep them separate. When this happens, the risk and reward of projects undertaken to achieve these goals are not considered as an overall portfolio and the effect of one on another is ignored.

For example, people often keep retirement money separate from spending money, which is distinct from emergency savings, which is apart from investments in a brokerage account.

Availability bias or recency bias skews perceived future probabilities based on memorable past events. For example, while shark attacks are exceedingly rare, if there have been headlines of a shark attack recently people will grossly overestimate the probability that another will occur and will irrationally stay out of the water.

Cognitive errors in the way people process and analyze information can lead them to make irrational decisions that can negatively impact their business or investing decisions. Unlike emotional biases, cognitive errors have little to do with emotion and more to do with how the human brain has evolved.

The impact of cognitive bias on a business can be large as it hinders decision-making. Managers may hire the wrong candidates, may implement the wrong growth strategies, or fail to understand new technology and information that may further enhance a business.

These information-processing errors could have arisen to help primitive humans survive in a time before money or finance came into existence. Understanding and being able to mitigate cognitive errors through the education of decision-makers or investors can help steer them to make better, more rational judgments.

The ability to think objectively and to see the entire picture outside of one’s biases is a difficult process. Some ways to overcome this include delegating to other individuals so as to remove your cognitive bias, consulting other trusted people within your organization that have different backgrounds before making decisions, and forcing yourself to approach decisions in a different manner than you have typically done in the past.

How to Prevent Cognitive Bias

Realizing that a bias exists is the first step towards preventing it. Understanding your prejudice will help you overcome it through practice or training. Analyzing previous choices or completing tests that show how and why you think a certain way can help you spot a bias. Self-criticism is a crucial component of preventing cognitive bias.

One way to avoid cognitive bias that can narrow your worldview is to seek out information from different sources or people than you ordinarily would. As previously noted, a broad set of people will enable you to approach decision-making in a variety of ways.

Making a decision slowly might also assist avoid cognitive bias. When faced with an immediate decision, people frequently fall back on their bias. It will be easier to reduce bias if you give yourself enough time to consider all the options, assess your own judgment, and seek out alternative viewpoints.

What Are the Main Types of Cognitive Biases?

How Does Cognitive Bias Affect Your Decision-Making Skills?

Cognitive bias distorts your decision-making skills. Rather than objectively viewing a situation and making an impartial decision, cognitive bias can lead to suboptimal decisions being made due to some inherent bias that has been ingrained in an individual for a long time. This can ruin personal growth, the success of a business, and relationships with others.

How Do I Stop Cognitive Bias?

To stop cognitive bias, one must be aware of the bias. Analyzing your decision-making history, why you chose one decision over another, and how that might relate to a bias. From there, try making different but smart decisions, reflect on yourself as an individual, strive for growth and understanding, and take notes of previous patterns and how those patterns can be broken.

All humans have cognitive biases that are ingrained in our heads since the day we are born. They are a result of our upbringing, experiences, and relationships. Cognitive biases may have helped us navigate our way through the world but they can be a hindrance to our own growth. Taking steps to notice and minimize your cognitive biases is a healthy step in personal growth that will positively impact a variety of areas of your life.