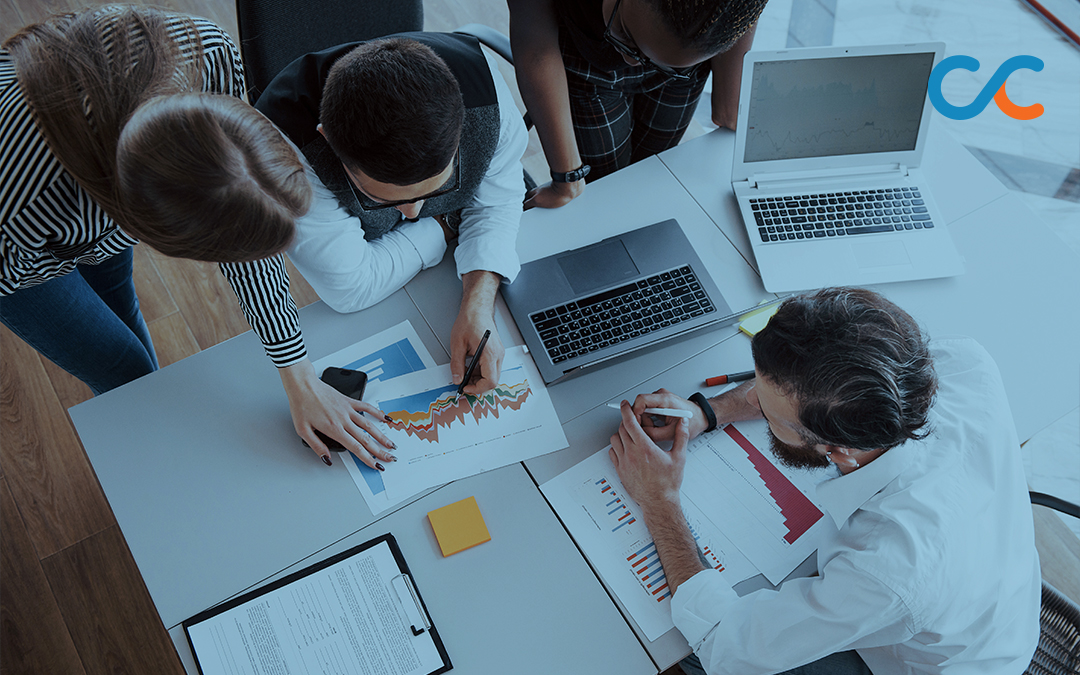 Bankruptcy may be the quickest way out of debt, but it has a significant negative influence on your creditworthiness in the long run. A bankruptcy will be on your credit record for 7-10 years, severely limiting your ability to obtain a loan, own a credit card, or purchase a home. Bankruptcy, which is decided in federal court, either eliminates your personal debt or establishes a 3-5-year repayment plan for your creditors.

There are two forms of personal bankruptcy: simple asset liquidation and restructuring. Both proceed via the judicial system, with the final decision being made by a judge. Both of these things become public record.

When deciding between Debt Settlement and Bankruptcy, you should weigh the advantages and disadvantages of both choices carefully. Neither option should be taken lightly, as both have consequences.

To begin, keep in mind that Debt Settlement is not the same as Debt Consolidation. Debt settlement is the practice of paying your creditors lump amounts in exchange for a debt reduction. 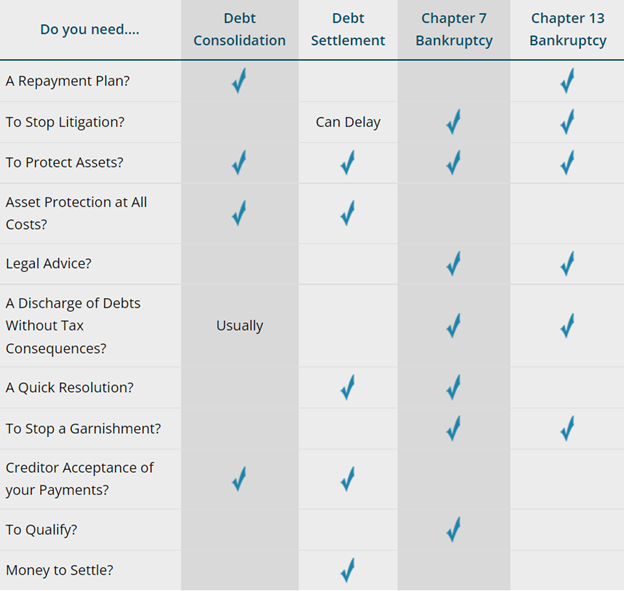 Please keep in mind that the accompanying chart cannot explain the intricacies as well as consulting with an attorney can. Asset protection, for example, is not restricted to non-bankruptcy solutions. Pre-bankruptcy planning is a concept in bankruptcy that, if done effectively, will prevent or reduce the loss of assets.

Similarly, if you have an asset that you must keep at all costs and that is not protected by a bankruptcy filing, you should investigate a debt settlement option. Remember that Debt Settlement will require you to have access to funds in order to make a payment in a reasonable amount of time.

If you hire a good organisation with industry connections, you might be able to secure a fair settlement offer.

You can avoid the legal procedure of bankruptcy:

Because a debt settlement is a private agreement (unlike bankruptcy, which is public record), it’s not something that will show up in job interviews or other instances where your past could be investigated.

Debt settlement has a slight advantage over bankruptcy in terms of credit damage:

Though debt settlement might cause your credit score to take a big knock during the months that you stop paying your payments, after your debt is settled, it will remain on your credit record for seven years—shorter than the 10 years for Chapter 7 bankruptcy

Is it a good option for you?

Simply put, if you have a pile of unmanageable debt and bankruptcy isn’t an option because you don’t qualify or can’t face the stigma, debt settlement maybe your best alternative.

That’s especially true if you have access to large quantities of money (the do-it-yourself approach) or the fortitude to hold creditors at away while you save up enough money to make viable proposals.

You may nearly completely eliminate your debt:

Most unsecured obligations, such as credit cards and medical bills, are totally dismissed under Chapter 7, providing you a fresh start financially. Balances owing on secured debt, such as home and vehicle loans, can also be discharged, however this requires the asset to be surrendered.

Collection agencies will no longer pursue you:

Almost all collection calls will stop in both types of bankruptcy.

You don’t have to pay taxes on debt that has been discharged:

Bankruptcy does not count debt cancellation or reduction as taxable income.

When to consider Bankruptcy

Chapter 7 is best suited to those who:

At the end of the day deciding whether or not to file bankruptcy or go the debt settlement route will be based on the individual facts of each client. But what is most important is to explore ALL of your options and not get pushed into one or the other from a salesman.